Understanding the mysteries of the cerebral cortex is a daunting challenge for anyone, be it specialist or naïve intellectual. For János Szentágothai, it was the ultimate endeavor and true scientific love affair of his long and illustrious career. The cerebral cortex captured his imagination right from the time he first became acquainted with the pioneering work of Ramon’y Cajal. But it took until the early 1960s before he published his first data on cortical connections. From his intense study of the cerebral cortex came much of his original work which was accomplished with astonishingly simple, but elegant, technical approaches. The simplicity was in part the necessity imposed by the limits of funding and collegial exchange for Hungarian scientists during the cold war era. Testimony to his talents to dig out the elusive rules of cortical connectivity can be appreciated by some notable examples of his studies. For example, in addition to the Golgi method he combined the Nauta-Gygax silver impregnation procedure to precisely measure the distance degenerating axons could be traced tangentially from a superficial cut to the first cortical layer (1). The results showed that this distance never exceeded 4 mm. Using similar innovative experimental methods he was able to synthesize that lateral excess of ascending axons corroborate contemporary physiological observations. Notably, surface negativity wave of excitation as measured after superficial electrical stimulation appear for lateral distances 5-10 mm in the cortex that matches the above lateral spread of degenerating axons. His findings have been substantiated by modern day functional observations. In another work, he combined the isolated slab technique with electron microscopy enabled Szentágothai to recognize that axo-somatic (presumptive inhibitory) connections were rather short in spatial extent compared to axo-dendritic (presumptive excitatory) connections (2). By meticulous use of the Golgi method he discovered the most specific cell type of the brain, the Chandelier cell also known now as axo-axonic cell (3), which establishes synapses exclusively on the axon initial segment of neighboring neurons.  These anatomical displays of intracortical connections, coupled with data obtained with the isolated slab technique and the seminal work by the Scheibels (4) led him to envisage the cerebral cortex as a collection of morpho-functional units that he called ‘modules’. In this recognition, previous functional data on the columnar organization of somatosensory (5) and visual cortices (6) were inevitably inspiring. Szentágothai believed that understanding how the cortex works must go through the exploration of its elements at multiple structural and functional levels, and then, and only then, can a synthesis of how the brain operates be reached.  Notwithstanding, Szentágothai could not employ the most advanced techniques at that time because Hungary had only limited access to the required research machinery or even subscription journals in the 1960s and 1970s. However, his imaginative thinking greatly compensated for the lack of the fanciest experimental apparatus. His work published in 1973 on the synaptic organization of the visual cortex showed in an unprecedented way how novel structural information can be integrated into a concept that is based on the by then confirmed modular feature of the cortex (7). Just a year later he extended his visionary thinking, integrating theory and experimental results into a collection of models on how various parts of the CNS are organized. The result was a bestseller for neuroscientists (8). Szentágothai always sought to provide full accounting  how the various types of neuron and their connections, which in fact form larger assemblies in repetitive vertically oriented columnar units of about 200-300 um in diameter, carry information to higher order function (9).  This type of viewing of the cerebral cortex that rests on strict anatomical criteria is akin to the way astronomers would approach to understand the Universe.  Details of the cerebral cortical microcircuitry seen under the light and electron microscope were key substrates and formed essential building blocks of his late excursion in the field of neural modeling (see figure on a collection of conceptual models by Szentágothai ). Inspired by the early works of MacKay’s (10), he spent considerable effort on synthesizing a global understanding of how information is processed by the cerebral cortex – and the nervous system as a whole - that he knew so well.  He made attempts to supplement the modular structure of the cerebral cortex with information theory and laws of thermodynamics (11) he felt were critical to understanding what we call “psyche”.  As he put it, the cerebral cortex “is an immensely complex system of mutually interconnected “self organizing” neuron networks (using a great deal of “neuronal noise” from random spontaneous activity).” (12).  A statement even more remarkable considering he worked solely with fixed specimens throughout his career. His wisdom continues to resonant within neurosciences. His brain philosophy rested on three conceptual pillars, each representing different aspects of the same entity: neuron networks as self-organizing systems, the functioning of self-organizing neuron networks as carriers of information, and the organization principles of neural centers (13). As a practicing Christian, Szentágothai found it irreconcilable that neurobiological realities and the problem of brain-mind relationship should be treated separately. His philosophical position about the brain-mind relationship was neither reductionist nor dualist. Instead he wanted to be in between and indeed made attempts to outline a general brain theory accordingly. His attitude to the nervous system and science in general cannot be better phrased then his confession on the two supreme laws of his life: “Parsimony (the simplest possible explanation is almost always the best) and humility (nobody is entitled to think himself in sole possession of truth).” 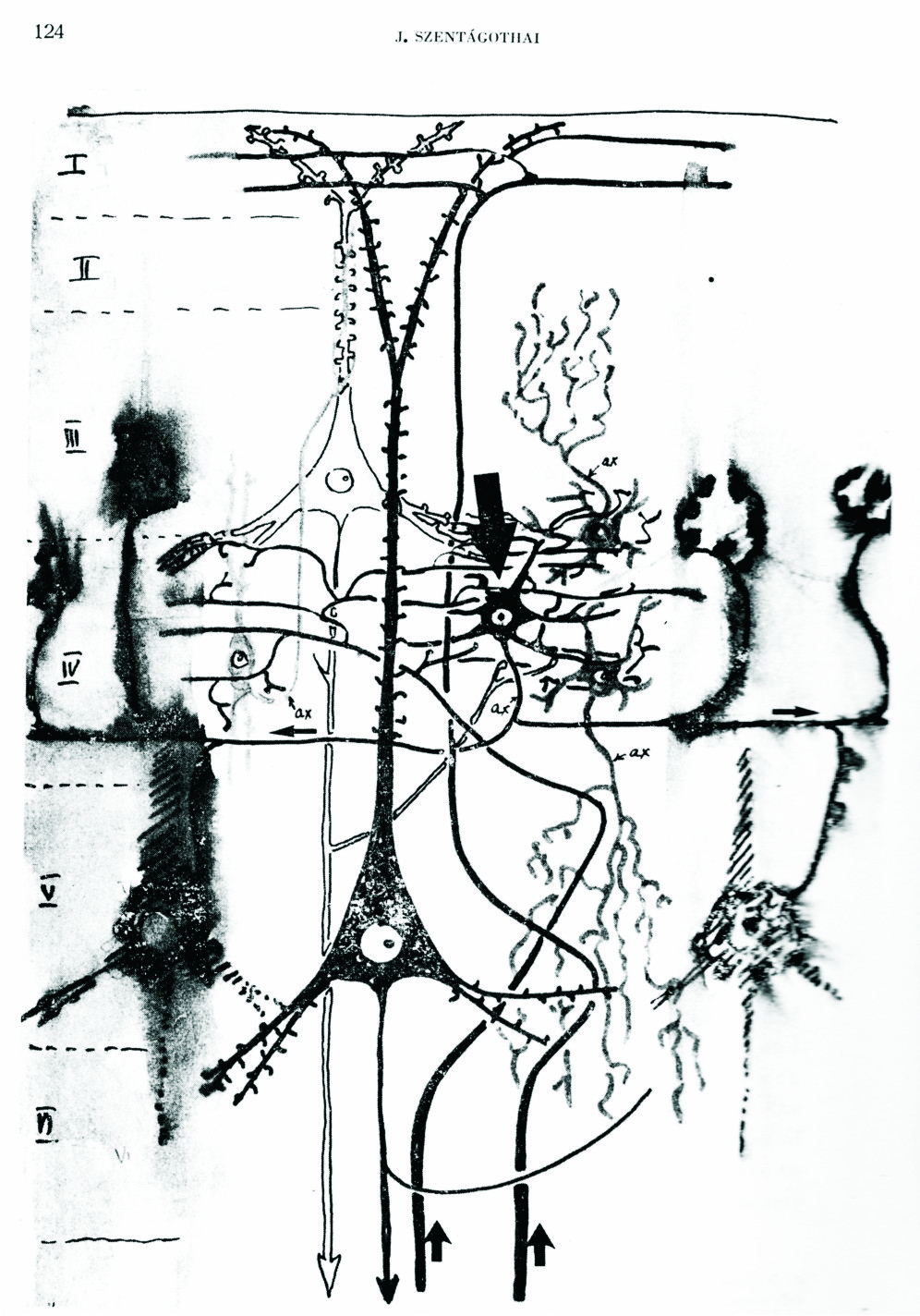 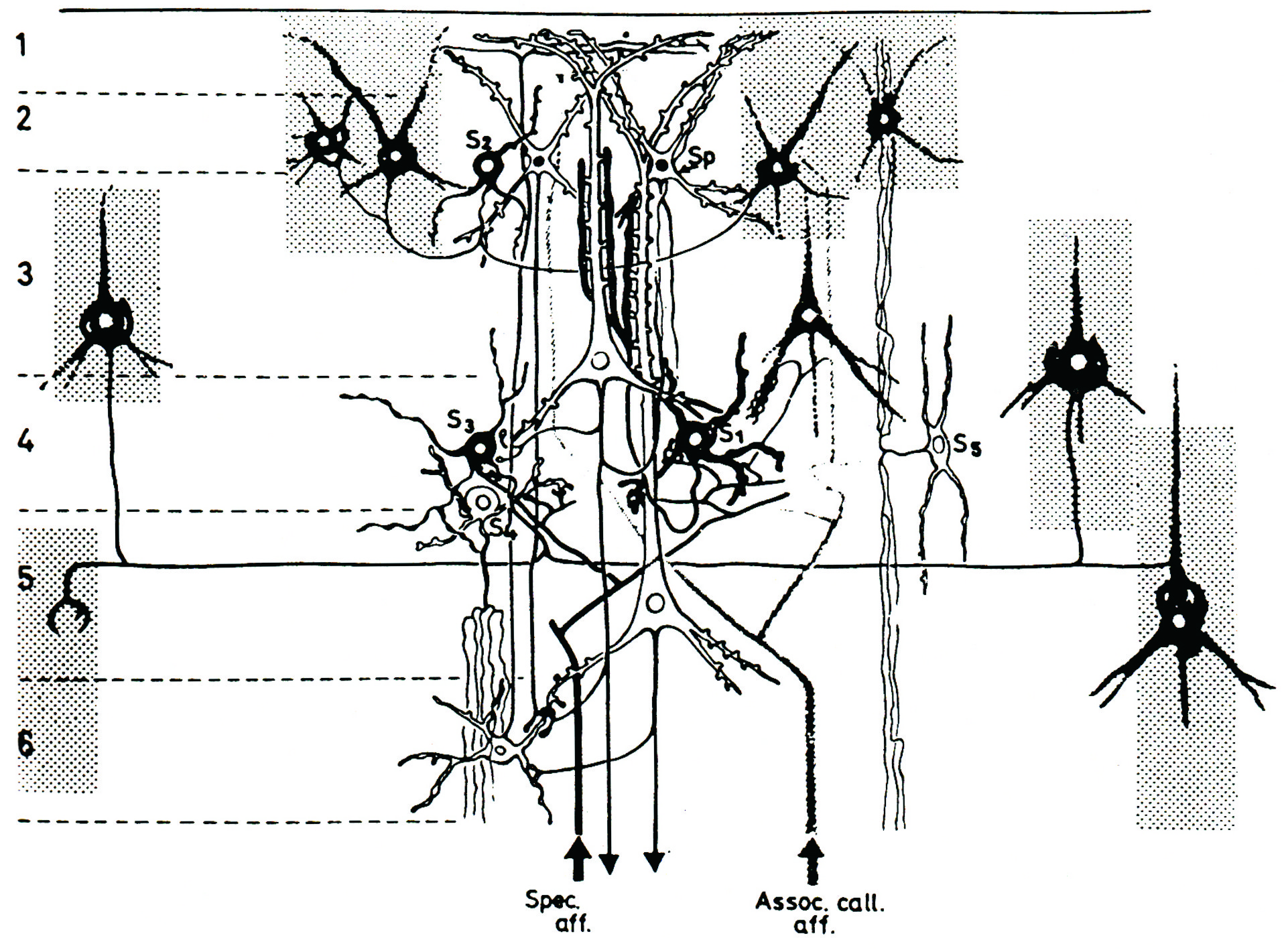 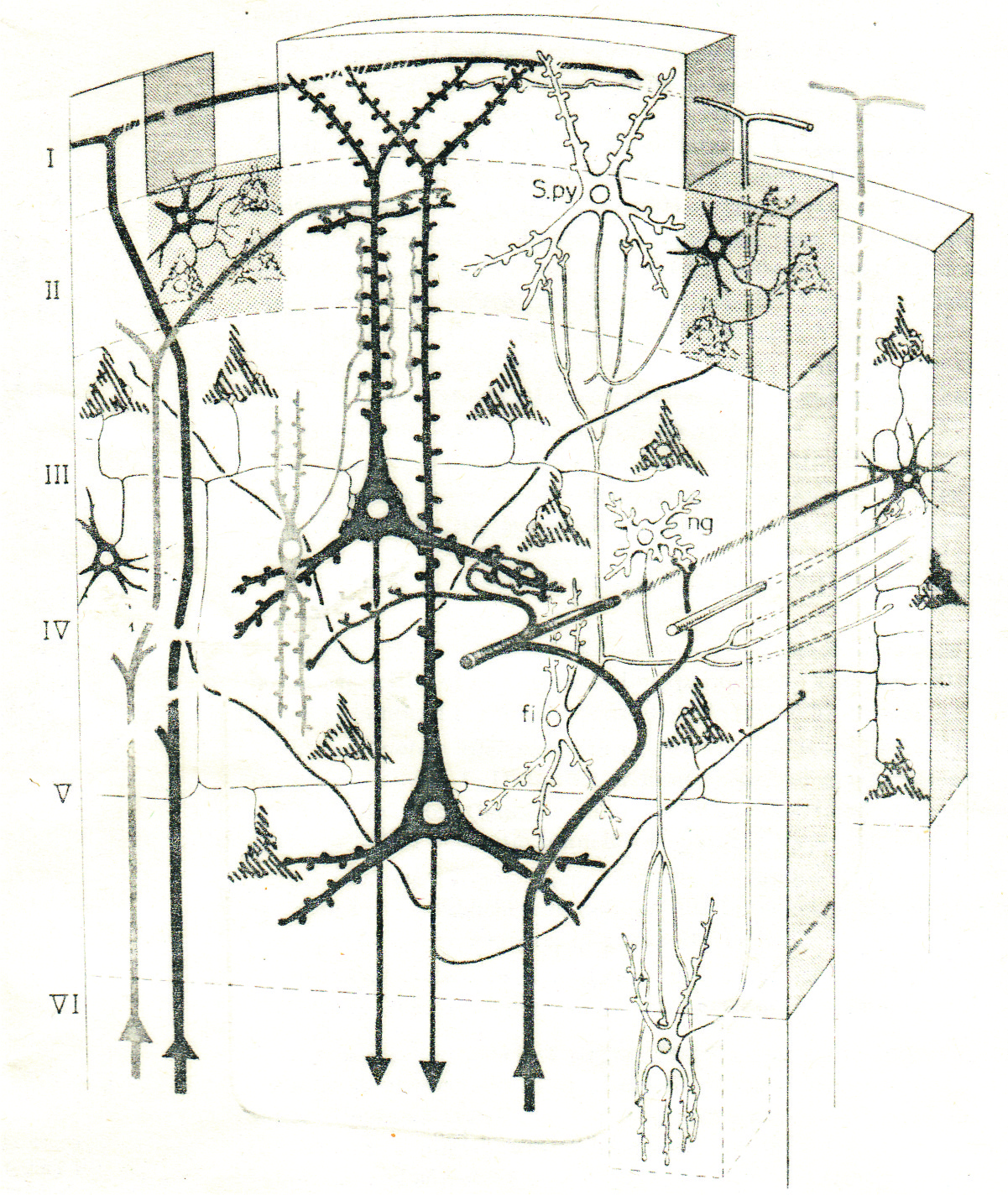 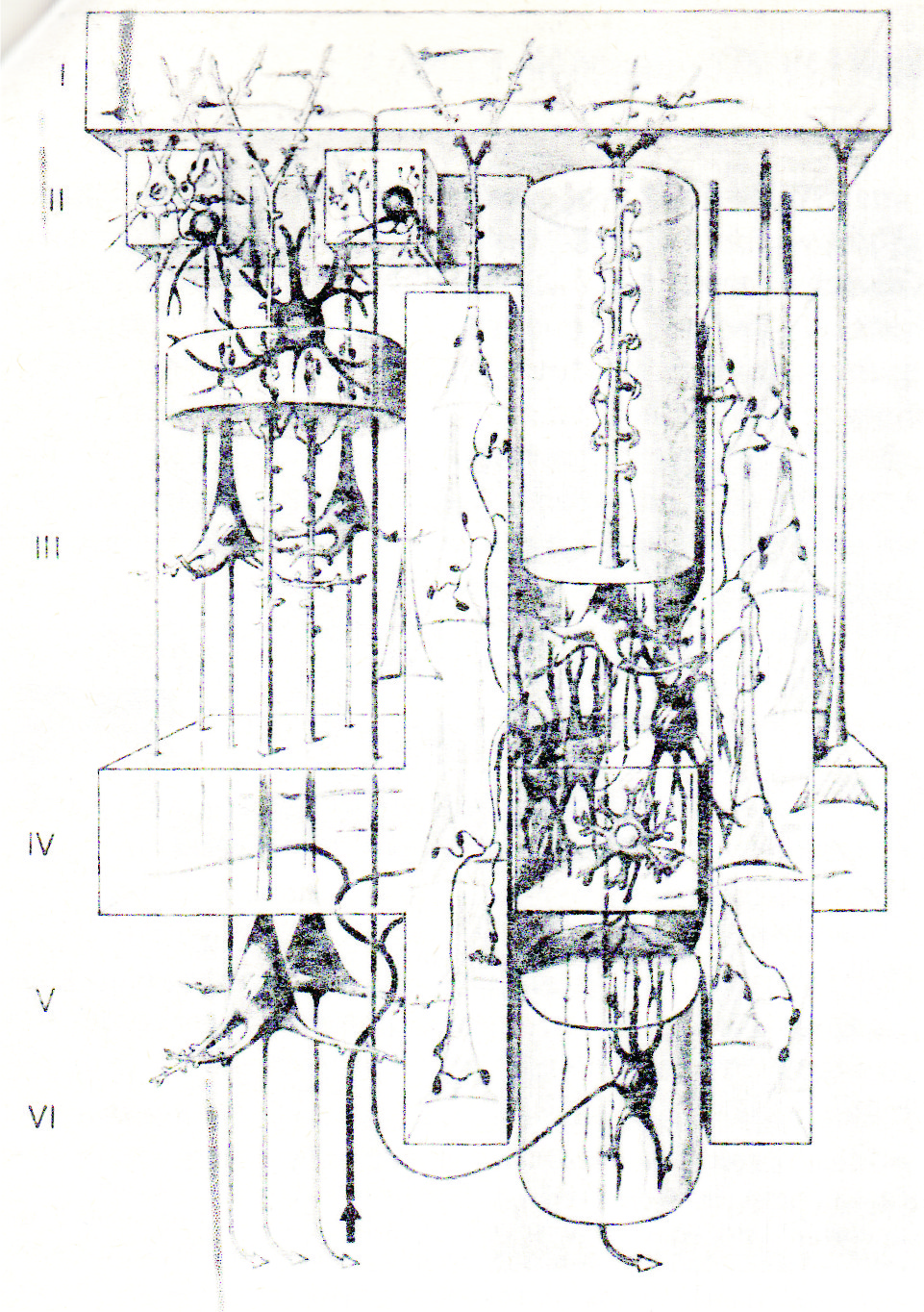 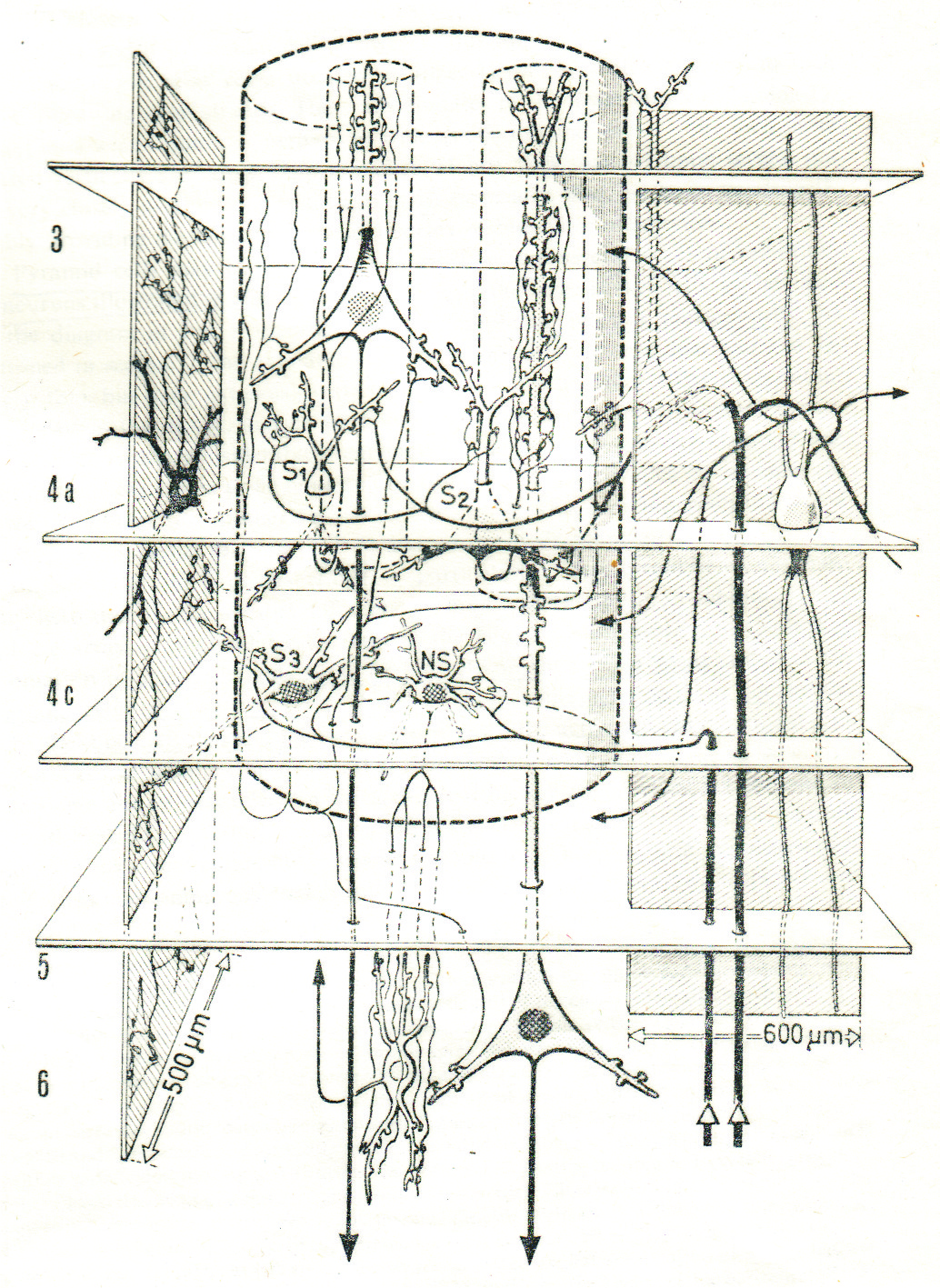 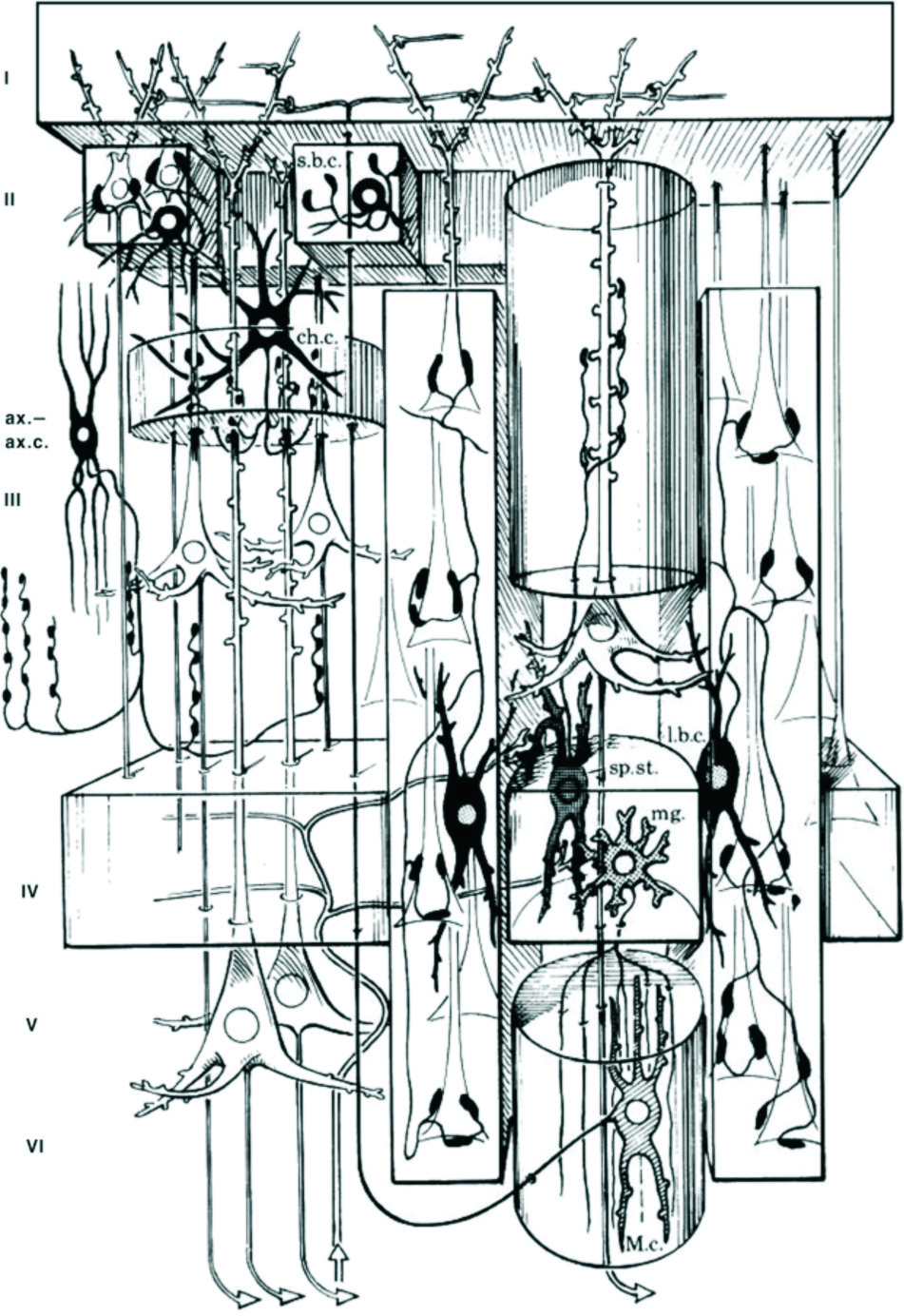 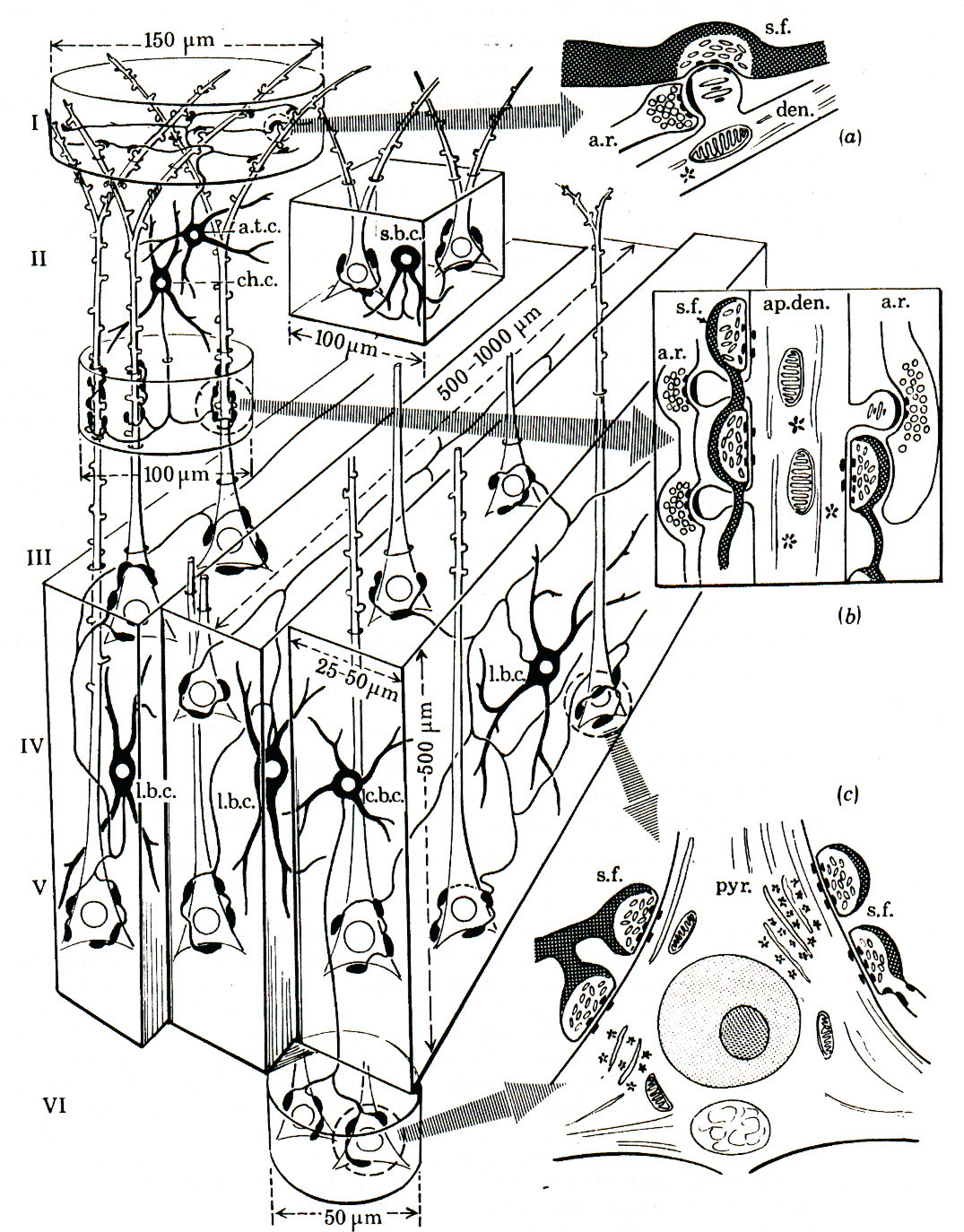 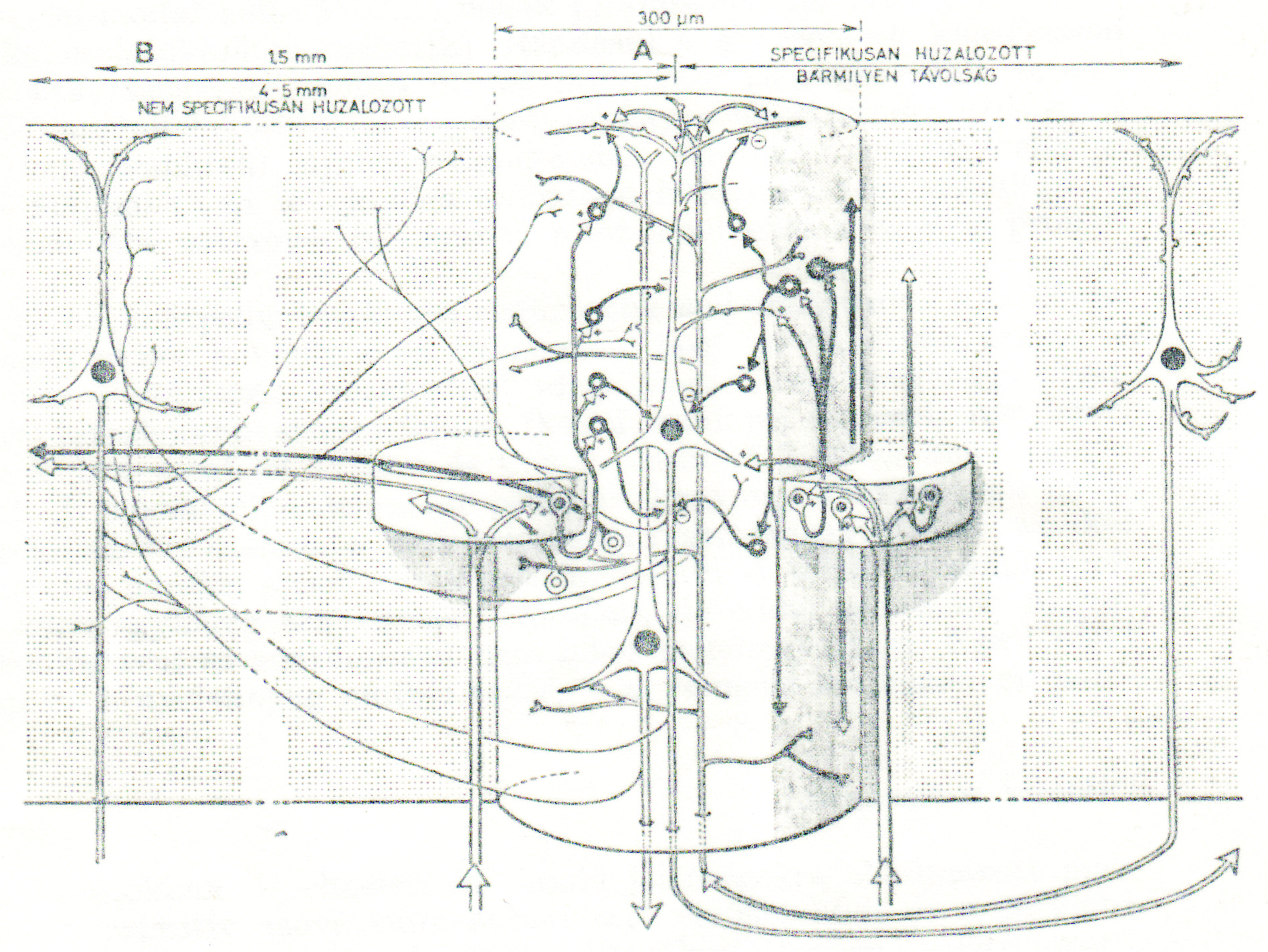 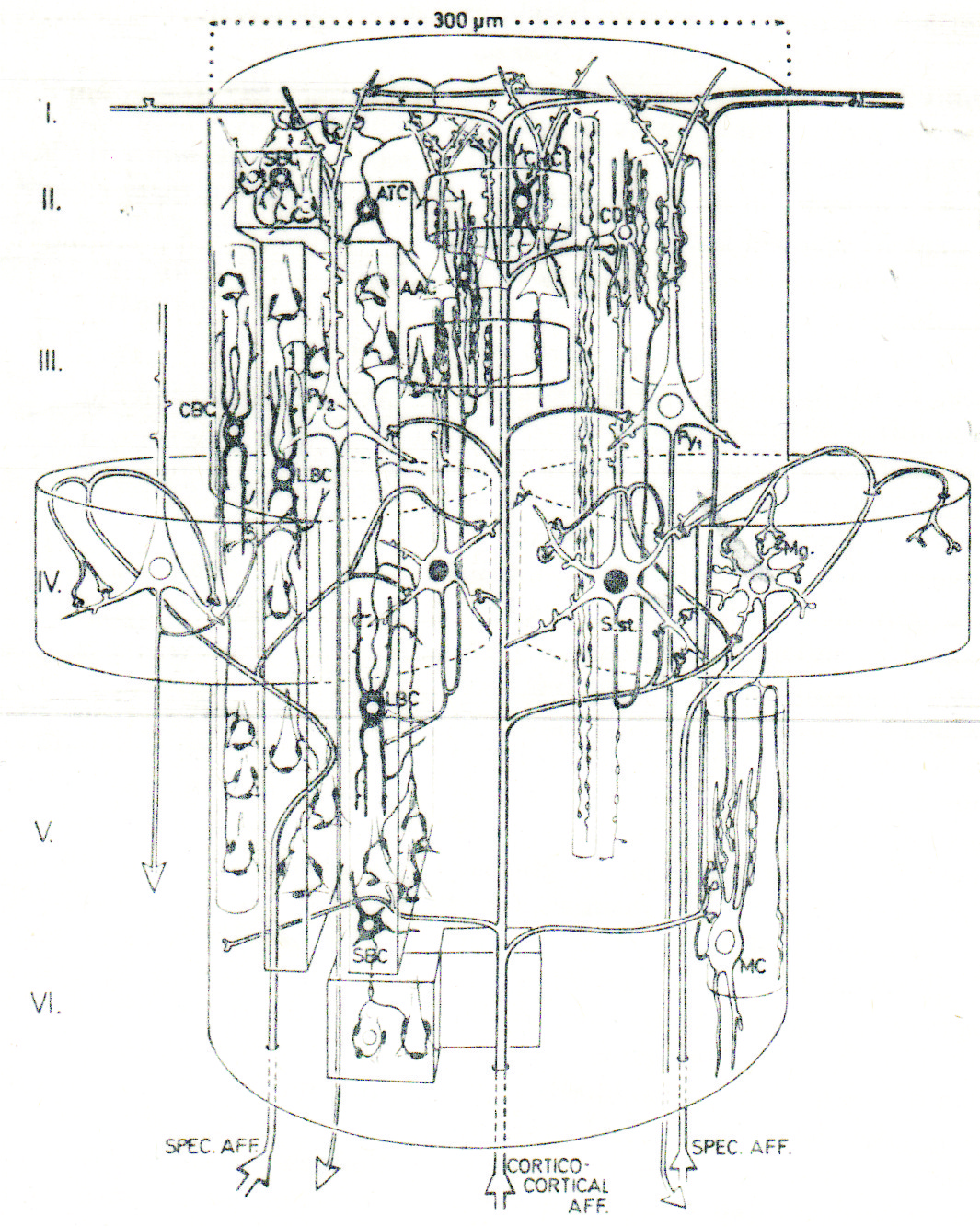 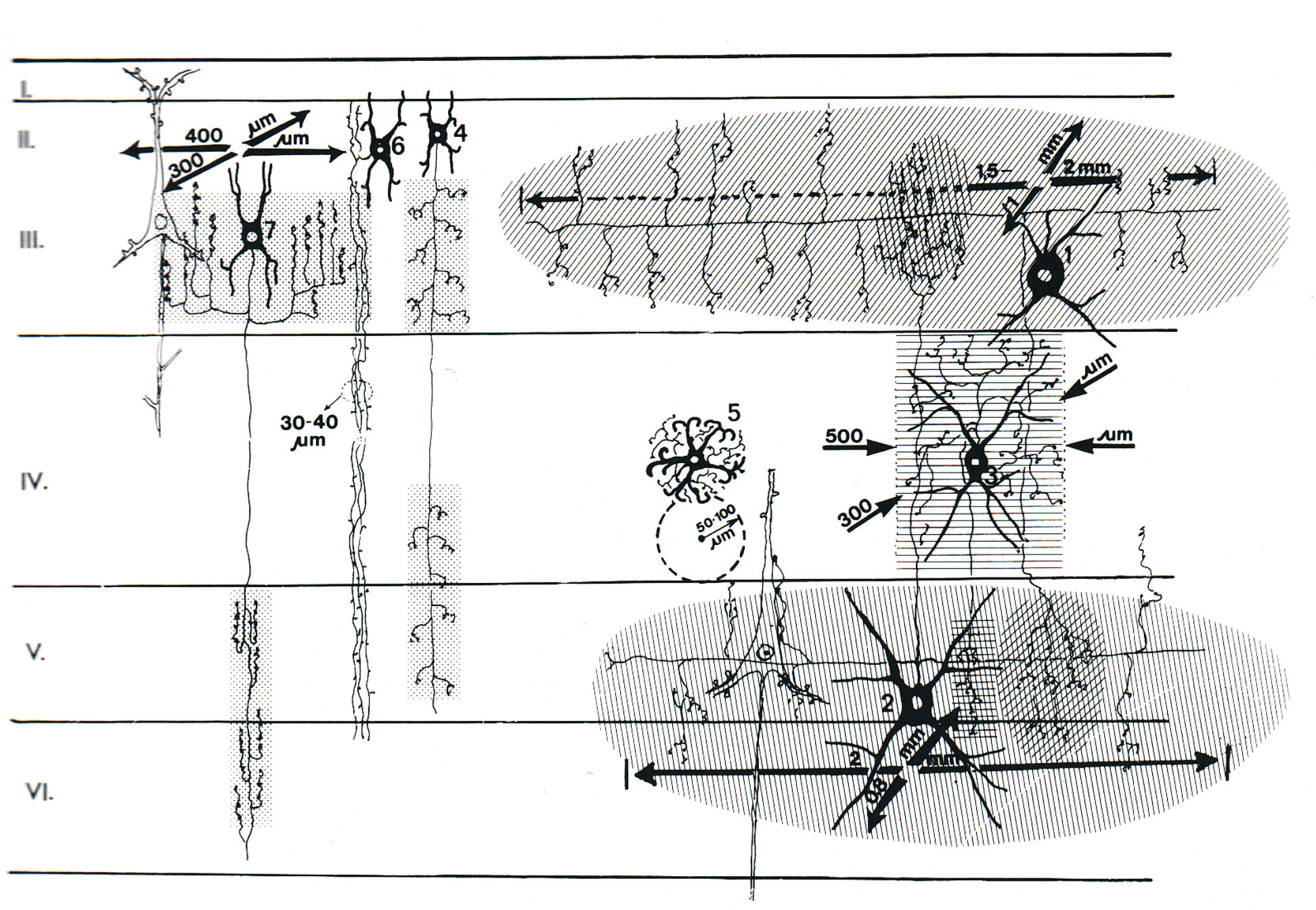 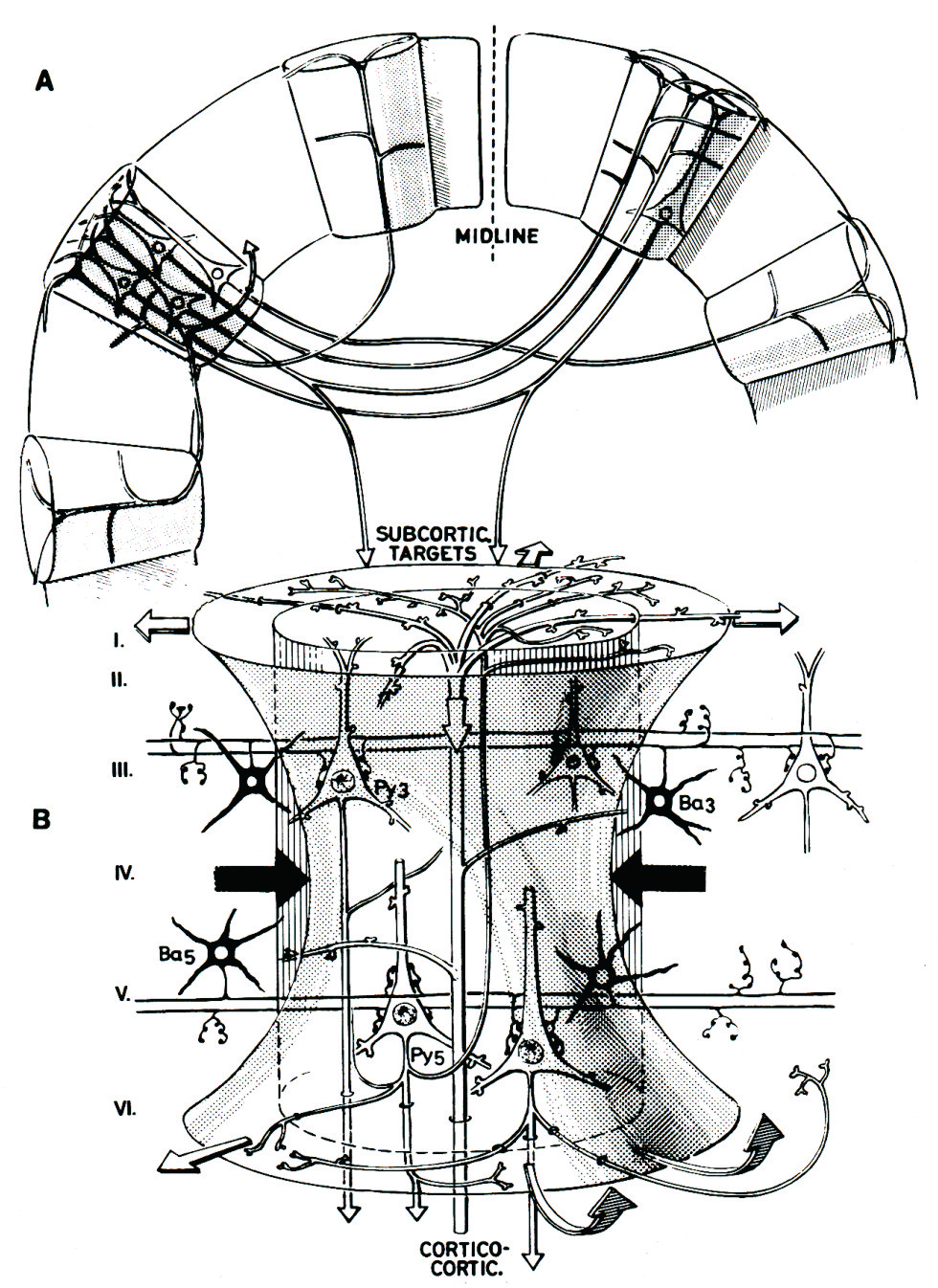 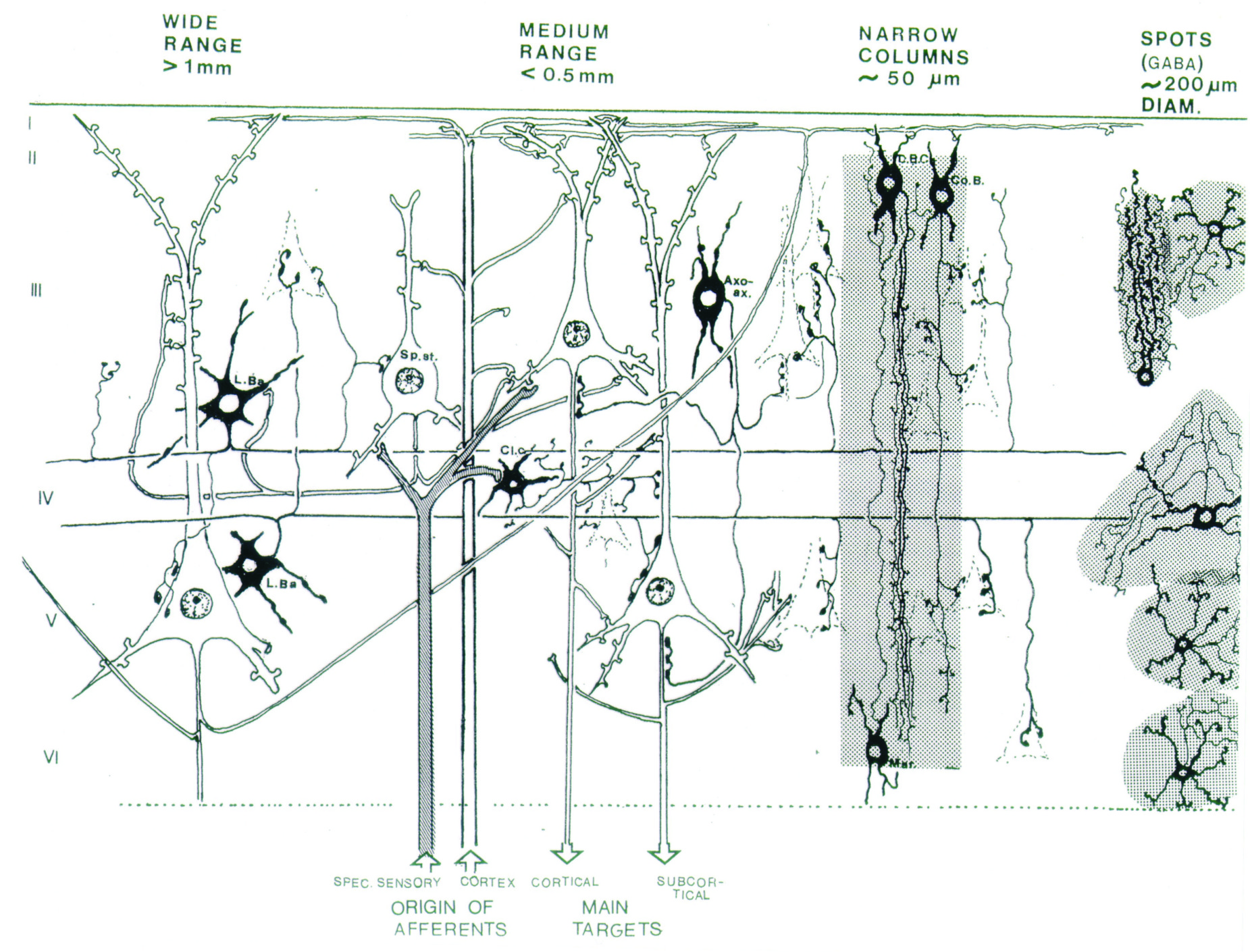