Foreign or honorary memberships of academies: 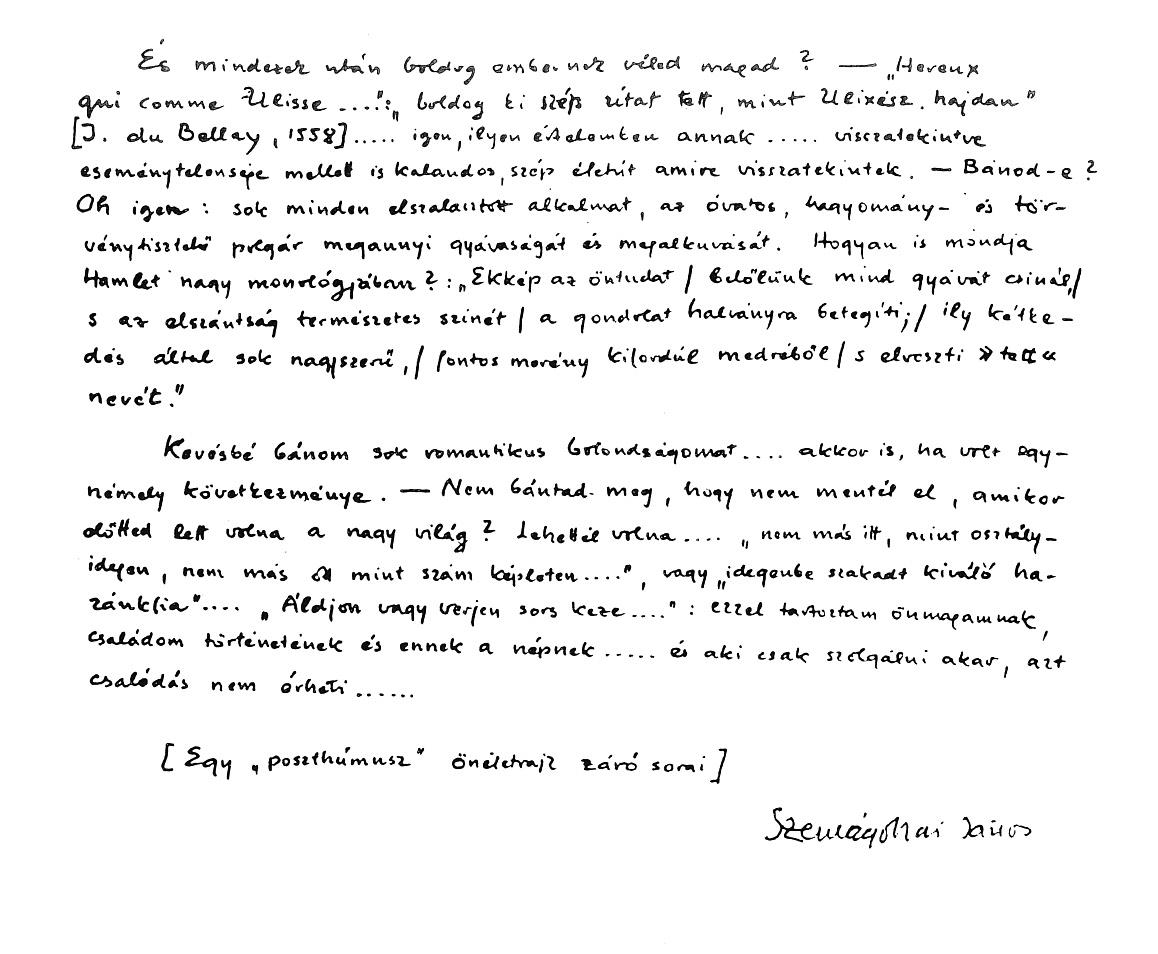 Do you consider yourself, after all, a happy man? - „Heureux qui comme Ulysse…”
"Happy he who like Ulysses has returned successful from his travels” (1) … yes, in this sense I am happy. In retrospect, despite all of its smoothness it has been an adventurous, beautiful  course of life. - Do you regret it? Oh yes: I regret all the missed opportunities, all the cowardice and compromises of the cautious, traditionalist and law-abinding citizen. How does Hamlet say it in his great soliloquy?

„Thus Conscience does make Cowards of us all,
And thus the Native hue of Resolution
Is sicklied o'er, with the pale cast of Thought,
And enterprises of great pith and moment,
With this regard their Currents turn awry,
And lose the name of Action.” (2)

I do not regret so much  my many romantic follynesses, even if some of them had consequences. - Do you regret not having left when the whole world was open for you? You could have become „here nothing else than an outcast, there nothing else than a number in a formula …” (3) or „an excellent Hungarian swept abroad ”… „Let fortune bless or fortune curse” (4); this is what I owed myself, the history of my family and my people, and those who want only to serve, will never be disappointed…

Closing sentences of a „posthumous”  autobiography. (Translated by Julianna Víg)